[Page 1:45]20 July: This morning, while I was sitting underneath the old locust trees before our front door, I was entertained by the pretty little bird with yellowish crest, or pate, and several black stripes near the eye (Fringilla ⟨[——]⟩), which comes into the garden and the immediate proximity of the dwellings. Today, before the front door, it came so close to our feet that one could almost seize it; it ate small caterpillars and kitchen refuse. It jumps like the finches and everywhere stays near people. (At one or two o’clock the steamboat Philadelphia departed from here but had very few passengers.) This and the catbird are almost the only birds I have seen here; of mammals, until now just the chipmunk and the wild rabbit (Lepus americanus), which is said to be common here in forests, thickets, and along banks of streams. 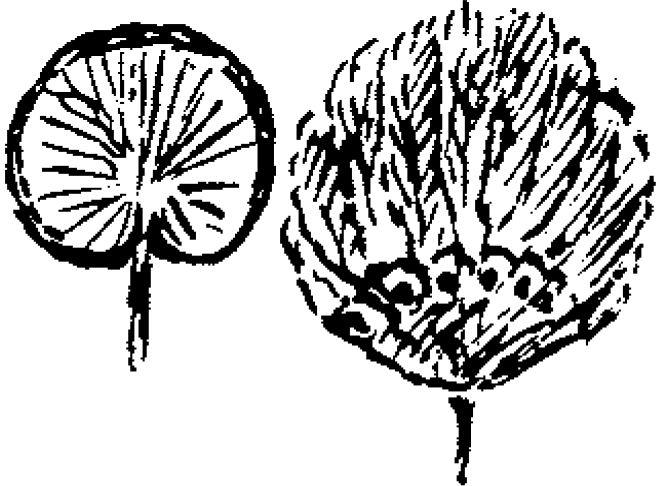 During the day we saw few animals because of the great heat. In the houses, however, one could scarcely ward off the flies, which are extremely numerous during this heat. For this reason black servants constantly wave fly whisks during meals, while the women make use of Indian palm leaves or Asian feather fans, usually white and decorated below with peacock feathers, which cool excellently and hence are available in large number in all finery shops. One also saw many made from the feathers of the wild turkey, the North American wild turkey.

Today it had been so hot that one could scarcely leave the house. It was still warm even at dusk, but on the elevation above the river, it was pleasant. The catbirds flew and moved about. I saw them flying back and forth across the river toward a densely bush-covered point where the river, very broad elsewhere, is narrow. Swallows also put in an appearance, but here, at least, they are not as numerous as in Europe. Crickets chirped repeatedly, much more rapidly than in Europe, and fireflies (Lampyris) flew about everywhere. I took a walk along the high bank of the Delaware and saw Datura and pokeweed (Phytolacca decandra) blooming in all the wild, uncultivated places.M16Called thorn apple in most regions. Some of the latter had already begun to form berries. Down at the river, where the steamboat from Philadelphia lay at anchor, several musical instruments resounded. The townspeople walked about or lay on the benches that had been set up everywhere. Yesterday I had preserved specimens of Phytolacca; twenty-five years ago I had collected the same plant at Sesto on the Lago Maggiore in northern Italy.