26 April: In the morning, slightly overcast sky; pleasant. Some wind. At 7:30, 68°F [20°C]. No great changes in the river. In several places along the right bank, the frames of many Sauk and Iowa lodges. The river is rather favorable today, and we sail rapidly. On both sides of the bank, sandy shores on which are large fallen trunks. A tall cottonwood has slid down [yet] remains standing and flourishing in the water. Many wild ducks; a large eagle to the left. A wild goose (Anser canadensis) on the shore with its four small, downy goslings. Shots are fired at her; she returns to her young.[Page 2:38] The little ones are olive-yellow with a streak of this color over the eye; upper parts olive-greenish; neck and lower parts yellow.

To the right, large sandbars; low-lying bank, steep and high, to the left. Beautiful view of the hill chain with remarkable descending edges; the forest on it is sparse and magnificently colored. Dangerous bend in the river, full of snags; to the left, a large sandbar, [and] behind it scenic wooded hills. To the right, an island, then a genuine wilderness on the right bank. A deeply eroded creek full of uprooted timber. To the right, forest: cottonwoods and Platanus with various kinds of underwood. Very numerous wood ducks in pairs everywhere. Beautiful view of the Missouri before us; it seems to flow through a narrow gorge.

We hasten over to the left. Here in the young forest are five or six Indian lodges built by the Sauks, or Sakis, made of poles, only like those mentioned before. Picturesque hills, their domes or front sections soon reduced to yellow bluffs; the forest very beautiful. Magnificent view of redbud in the bright spring verdure. After the hill chain, where the river turns to the right, comes a low-lying area covered with willows where a nice river, the Grand Nemaha, joins the Missouri. The Iowas, Otoes, Omahas, and Yanktons (a branch of the Sioux) gave the region around this river up to the Little Nemaha to their half-breed Indians, of whom there are about 150 to 200. The land belonged to the Otoes; the other Indians paid for it to accommodate their half-breeds (offspring of Indians and whites).M8It has been two years now since they received this land, but they are not yet using it.

To the left, large, extensive sandbars now appear; low water. On the bars to the left is a thicket of willows. For a long time we could not get away from this spot and often struck bottom,M9Here the Tarkio River empties behind an island. but finally, with little force from the engine, [we] moved on. We reach the bank to the left and follow it. We reach the hill chain with gray and green patches, which is only lightly covered with trees here. The hills are gently pointed or rounded on top and extend wavelike along the bank; individual forest trees on their ridges. At noon, 77°F [25°C]. To the left before the hill chain, a large amount of soil has been washed up in a steep bank; on it grow young, slender cottonwoods, 20 to 25 feet high. To the left, large sandbars again emerge in the river. On the bank near the water, we saw a big, very nice yellowish and black spotted snake. The river makes a small bend to the left but not toward the mountain chain hill chain to the right. Steep bank. Forest full of redbuds; the leaves of the Platanus are more than half open. This spring, I [was] assured, the forests are green ten to fourteen days earlier than usual. Sandbars now appear to the right. As we navigate over to the left, we run aground but soon are afloat again. To the right, perfectly green willows before the tall forest, which is also completely green. We run aground again. The strong wind whips the sand into the air everywhere and into our eyes.

We now steam along the steep left bank, on which above is sparse forest. Again there is deposited or washed-up soil, behind which one sees the beginning of the bare prairie hills overgrown with nothing but grass. Indian lodges in the forest.

They consisted of poles; the roof was also made of poles. Somewhat farther away stood other round lodges of the usual form. Here we noticed a tree, a branch of which had been cut out by the Indians for honey.[Page 2:39] We received a violent jolt from [one] snag, and soon a second one but, it seemed, without being damaged. Oaks on the bank covered with fresh green foliage and blossoms, a very vivid green. Picturesque ravines full of the most beautiful new foliage. At a clear spot in the tall forest, before the projecting ledge of a hill [and] sheltered from behind by other hills, about seven Indian lodges stood close to the river.

The river turns to the right; to the left, large sandbars. To the left and ahead, the hill ranges now appear very low [but] then rise up again as one comes closer to them. To the left, washed-up soil very picturesquely overgrown with green grass; behind [that], tall forest trees. In the river, snags and sandbars; we often run aground. Before the picturesque hill chain to the right stretches a narrow prairie, which extends from the mouth of the Nishnabotna close by, toward Council Bluff. We soon found ourselves near this outlet, which lies most picturesquely among tall green trees; on the shore beneath the outlet there was an Indian canoe. One winter Dougherty shot twenty elk from one herd in the tall woods at the pointbelow point below the outlet. They divided up, and some of them broke through the ice of the Nishnabotna, where the pursuing Otoe Indians found them. The just-mentioned river is beautiful and was once rich in beavers, which have fallen prey to European avarice and expert devastation.

In the evening, the sun sinking deep behind the forest illumined the area in an indescribably beautiful manner; there we had a magnificent view back toward the gleaming violet-red and purple hill chain; before us, the broad surface of the river on fire, the tall woodlands on shore in fiery, vivid green, the majestic peace of all nature. The wind had subsided; only our roaring steamboat twisted dangerously among the many tips of snags peering out of the water. A snag got under the ship, and when the ship had slid over it without damage, it came under the boat, [which] was pulled completely free above water by the ship. The steamboat was unable to move forward. We let it move backward, and it drifted with the force of

the current against new snags, but luckily more to the side against the wood piled up [there] in masses, upon which a large group of men immediately jumped and pushed and held [the steamboat] off. Finally, we continued and, after about half an hour, laid to on the left bank. Behind us on the left bank was the site where a trading house for the Otoe nation formerly stood; nothing is to be seen [of it] any longer. Morgan’s Island lay some distance before us. Our woodcutters and hunters went ashore but did not bring anything back, since the forest consists of nothing but cottonwoods.M10The whippoorwill, a bird we had not yet seen, was common here and often heard. 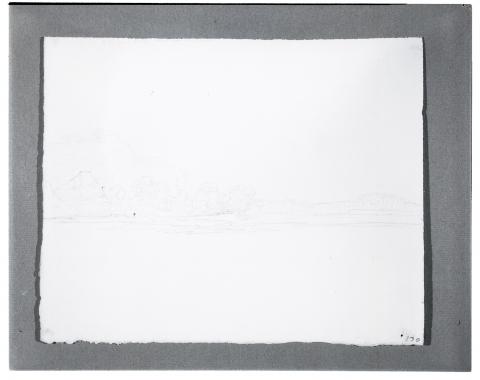