29 September: We left Pittsburgh at eight o’clock in the morning [and] traveled over the large Allegheny bridge past the imposing prison (which resembles a fort—see Mr. Bodmer’s sketch), toward the Ohio. First there are suburbs, then brickworks and other industrial plants, and finally individual gardens and country homes, including some very nice ones surrounded by pretty trees and also gardens. Actually, beautiful gardens do not really exist here. One sees only small wooded areas, tall trees, some of them European, sunflowers, chestnuts, Tropaeolum, Tagetes, and other European flowers. The day was pleasant; therefore, the view of the region was pleasing. We continued driving through the broad valley and to the right above the city saw the so-called nunnery, a convent of Flemish nuns who conduct an educational institution here in which they enroll not only Catholic children. Then we approached the mountains and traveled along the right bank of the Ohio Valley.

Economy is 18 miles from Pittsburgh, and the first part of the road is very romantic. Soon the limestone hills come so close to the Ohio that often just a narrow path remains above the declivity below which the river flows. These hills are overgrown with various kinds of the most beautiful timber, with oaks and tall maples, now vermilion or yellowish red. The Quercus coccinea, too, was beginning to turn red, along with Nyssa, its leaves scarlet red, and dogwood (Cornus florida) dotted with patches of beautiful red berries. Also rose red or soft red maples. Grapevines as thick as an arm entwined many of these trees. Some of the trunks of the still-green trees appear as vermilion red columns, entwined and reddened by vines of Hedera quinquefolia. In several places I also noticed magnolia. Several lateral valleys are very picturesque, and over the now very small streams emerging from them, covered bridges have been constructed at two places. On the opposite side of the river, the sandy, rocky banks were overgrown with low Platanus thickets. Here one sees beautiful mountains with tall woods that are a picturesque mixture of red, yellow, brown, and green. The river is now very shallow but has several picturesque islands covered with tall forest, including one 9 miles long on which there are also several dwellings.

The encircling mountains are not very high, but with their promontories jutting out in various ways and their wooded ravines, they do provide very beautiful spots, which have everywhere been made hazy and murky by the bituminous coal vapor that fills the air. The limestone cliffs on our side of the road often had very interesting shapes, with fissures, crevasses, and even roundish, kettle-shaped, and arched hollows. And everywhere various kinds of shrubs, trees, and other plants, whose thick roots often grew in the crevasses. Very beautiful lilac-colored and violet asters were blooming here; only annuals, however, were to be seen. After the mountain again receded from the river, we came to some isolated inns and reached one of them that is halfway to Economy. Then follow fields [and] settlements in the fertile valley, which becomes wider and wider, where we heard crows (Corvus [——]) cawing while they circled all around the wooded mountains.

Finally we reached the district of Economy, which we soon recognize from the [Page 1:106] fine cultivation of its fields. Soon the pleasing town, with neat, pretty houses and a church made of brick, appears on the broad, level floor of the beautiful valley. Beyond it, there are wooded mountains with the Ohio flowing before them. A broad, level road led us into the village, at the beginning of which we immediately took lodging in an attractive, very fine inn. We ate lunch here and then went to visit the younger Mr. Rapp, whom we found in his store. Everyone greeted us in a very cordial and friendly manner and shook hands; we felt at home among our countrymen.

Duke Bernhard of Weimar provided a description of this settlement that is still accurate in most respects. The village of about 150 houses is very attractively and uniformly constructed with broad, fully graded streets that intersect at right angles. At that time the houses were modest log cabins. Now they are attractively made of brick, two stories high; some [are] of wood, but in such cases neatly painted white. The church is spacious, simple, pleasant, made of brick, with an attractive steeple and a fine bell. Several large factory buildings were being constructed, including a cloth manufacturing plant, which is powered by a steam engine, as well as a mill and a cotton factory. Silk, too, is now cultivated here. There are mulberry plantings, which are under the special care of Mr. Rapp’s granddaughter. Here people wear homemade clothing from homegrown silk as well as from cloth and other materials. From these factories alone, the society is said to earn 20,000 dollars yearly. But All necessities are produced here, and a significant agricultural undertaking, including farming and essential livestock production, is also carried on here.

Mr. Rapp came from Swabia to America with 600 to 700 immigrants and at that time had very little wealth. He founded three settlements, one after the other: the first, Old Harmony, not far from the Ohio; the second, New Harmony, on the Wabash River, which flows into the Ohio, where they lived in a wild region. Hunting was so good there that, in one day, hunters could shoot seventy-five head of game on one island in the river without noticing a decrease in the number of these animals. They sold that settlement to a certain Owen, who no longer owns it, and moved back to the Ohio, where they founded their present settlement. The entire society is said to own this land and all its produce in common, but old Rapp and his adopted son manage all of it and never give an accounting of their administration. This seems somewhat dictatorial, but one can hardly object to this arrangement, since everything seems well ordered and practical. Indeed, it cannot be denied that these various establishments, the local factories as well as the entire political system in this colony, do more than a little honor to their founder and director. During the day, one sees no one, not even children, on the streets. Everyone is engaged in a useful occupation. The young girls and men all work. They receive no wages but do, on the other hand, receive all they need free, and nowhere does one see want. Mr. Rapp has even borne the burden of administering the inn for the benefit of the colony, and it brings in considerable earnings, yet the food there is very inexpensive and good.

Here Mr. Rapp erected a large building with a significantly large assembly hall located on the second floor. The community meets there for certain festivities, as well as for musical entertainment. On the lower floor of this building, a natural history collection has been installed that is displayed in three rooms. It contains very interesting things, including minerals and shells; among the former, pure gold from Carolina, as well as native and foreign fossils. The animals include a huge elk of fourteen points (raised here but later shot because it became dangerous); in addition, a very fine variety of white-tailed deer with white spots, etc.; Indian objects; Chinese illustrations; etc.

After we had examined all these noteworthy things and had been conducted by the younger Mr. Rapp through the factories, we proceeded to Mr. Rapp’s house, described by the Duke of Weimar, and were received in a very friendly manner by his family, who were all dressed in customary Württemberg rural fashion. They all told us they would retain the old German customs and never deviate from them; then they added, “We want to remain Germans.” [Page 1:107] Then we met the elder Rapp, of venerable appearance, with whitish gray hair and long beard but with a brisk, vigorous bearing for his age. We had supper with them,M10 Drank very good wine produced here in America. and then we were entertained with an evening of music provided by six or seven young girls who sang to the accompaniment of a young man who is a schoolmaster here and seemed well informed. We further made the acquaintance of a certain Mr. Ehrmann from Mannheim, a very pleasant, educated man whose wife is just as interesting. He is engaged in establishing a factory near Economy. 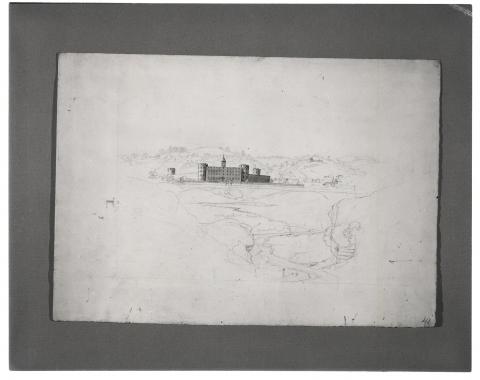 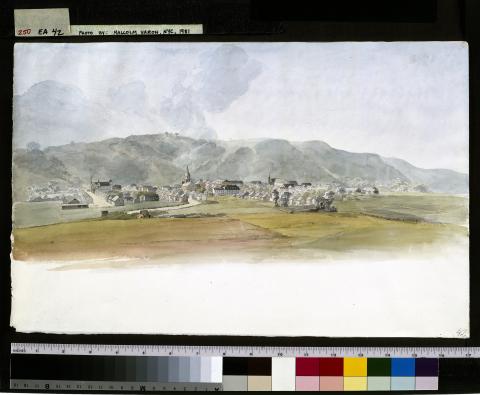