13 September: In the morning, calm, somewhat overcast sky. At 7:30, 68°F [20°C]. Early in the morning, a case was packed. Saucier worked on the bear crates. At seven o’ clock several handsome, well-dressed Gros Ventres arrived with their travois to sell meat. They said a war party of the Crows was near. Mr. Bodmer sketched a close-up view of the fort. A party of Gros Ventres des Prairies arrived and sold meat; the other Indians had left. At 11:30 I tried to take the altitude of the sun in the courtyard of the fort. [At] about two o’ clock, after eating, we let the magnetic needle oscillate; in ten minutes it once registered 136, another time 137 oscillations, and on the third observation, 69 1/2 oscillations in five minutes.

Today I settled my account with Mr. Mitchell here in the fort. Our cases were finished and already packed. The sky was overcast in the afternoon; the weather very warm. The boat had been scooped dry and the rudder and the other oars put in place. The two bears were put into their crates; the small one went in willingly, the male with great resistance. Mr. Bodmer, while he was drawing on the hills, had seen the smoke of an Indian camp rising not far away on the other bank. At 4:30, thunderstorm; the sky was covered with dark clouds; there was thunder. The names of the crew Mr. Mitchell picked for me to manage my boat were Henry Morrin (the helmsman), Beauchamp, Urbin, and Thiébault. In the evening, heavy rain [well] into the night, with considerable wind. Night cool. 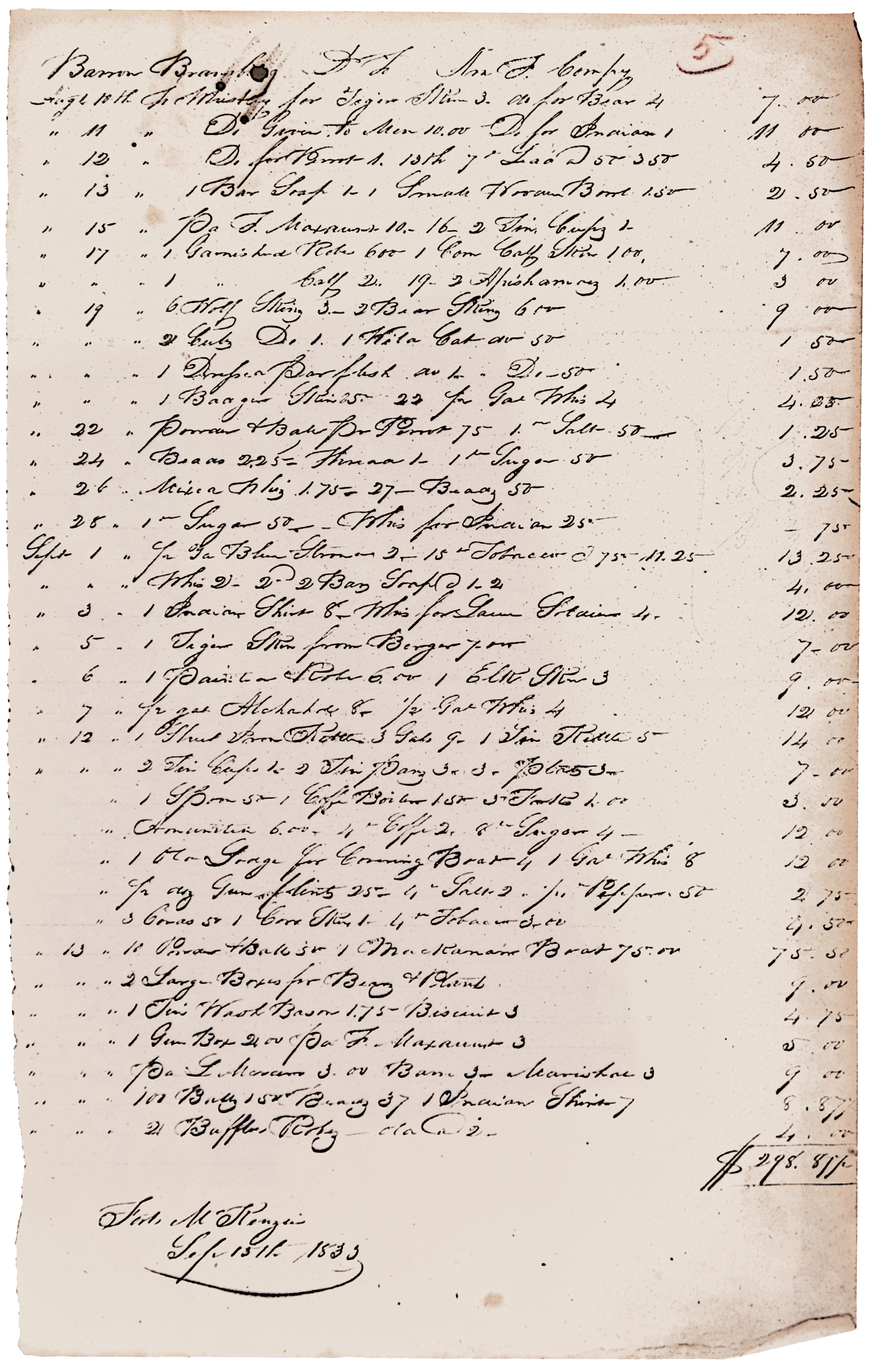