23 November: Early in the morning, calm weather, snow. Our windows were frozen with pretty ice figures. At seven thirty, 15°F ⟨[−9.4°C]⟩. Almost no wind out of the northwest. The sun was shining pleasantly. The snow was not more than half an inch. The view of the Missouri flowing by near the fort was beautiful, winterlike. The river was very narrow. Magpies were flying and jumping on the bank. At nine o’clock, the wind rose strong again and blew briskly. Mr. Kipp sent merchandise to the winter quarters of the Hidatsas. He sent Síh-Sä back to the Mandan village, because he was very sick.

We checked the fort’s medicine and my own small remainder. Unfortunately, we had neither peppermint, peppermint tea, nor tea of Melissa—nothing but a handful of lilac flowers and a bit more of the American chamomile, which tastes very different from ours. The boiled tea tastes more bitter. I found that, luckily, the good ipepucuanha ⟨[sic]⟩ powder had been spared from the wetness on the boat.

I was informed today that, for the first time ⟨[this winter]⟩, the Missouri did not flow, for below the high bank of Mih-Tutta-Hangkusch, it was frozen solid. Last year, strangely, it froze solid on the same day. I saw some Indian women on the Missouri who had made holes in the ice, where they washed their heads, breasts, and upper bodies. Where the wind did not hit, it was very pleasant today; however, if exposed to it, cold and unpleasant. 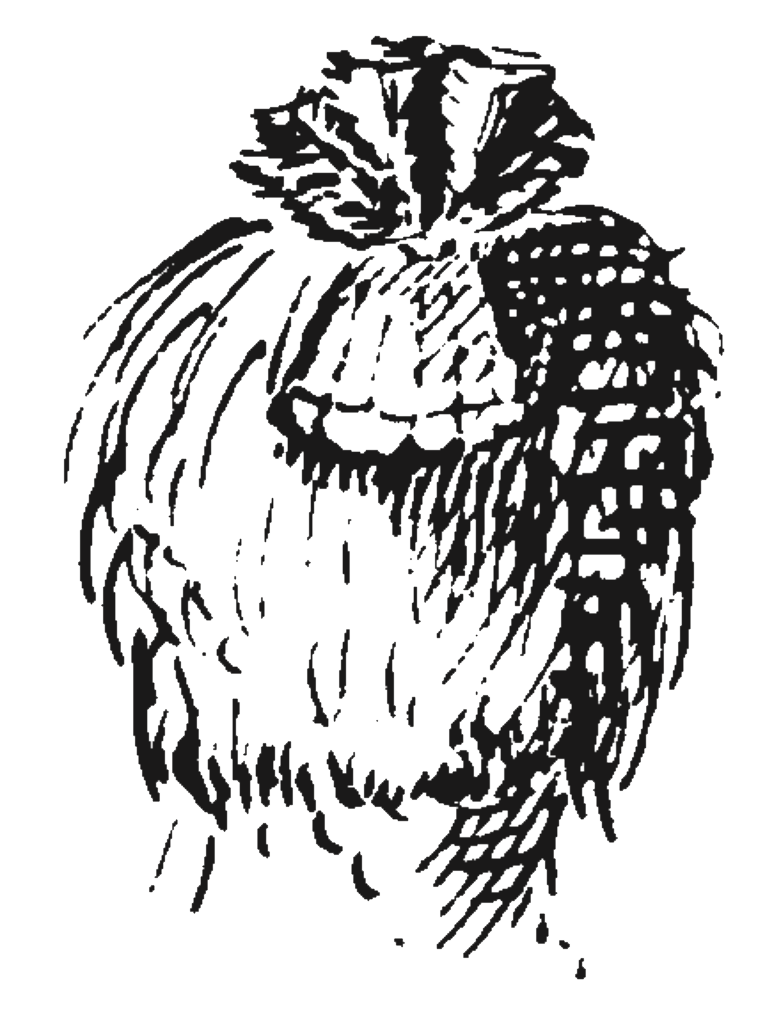 About ten o’clock Beróck-Itaïnú (Bull’s Neck) and Dipäuch (Broken Leg) brought a gray female wolf still showing ⟨[signs]⟩ of life. It had been shot in the head, and some teeth on one side were destroyed. Very nice weather ⟨[at]⟩ noon. At twelve thirty, 26 1/2°F ⟨[−3.1°C]⟩. Wind very from west. After lunch two Hidatsas came who brought 26 beavers that they wanted to sell; 22 of them were very large, 4 ⟨[were]⟩ half grown. With these Indians came a handsome boy who wore on the back of his head a tuft of black feathers trimmed short to which there was attached the tail of a northern waxwing (récollet). These tail feathers had a broad, beautiful yellow border. The bird comes to the area of the Mandans in winter during mild weather. They doubtless migrate from more northern areas or the Rocky Mountains. Belhumeur went downriver to the forest village of the Mandans.

Our wolf died wretchedly. I had paid for each one of the two wolves two tarquettes of tobacco, a value of sixteen cents thirty-two cents for each one. An Indian (Hidatsa) who visited us wore very beautiful, black feathers on his head. At the tips, tufts of white down were attached; the ⟨[feather]⟩ shafts were stripped of their vanes, ⟨[and the down?]⟩ fluttered. In his hand he carried a club made from a thorny branch with knobs on it; I bought it from him with two tarquettes⟨[twists]⟩ of tobacco. The headdress shown above I bought, too, for two bells. Mr. Kipp got fourteen large beavers for one horse and red cloth. ⟨[The Indians]⟩ took back the rest ⟨[of the beavers]⟩, because they wanted another horse for them.

In the afternoon Mató-Tópe came and stayed for the evening at the fort. In the evening he told me many words of the Arikara language, which he understands thoroughly. Later he fetched a few robes, lay down in front of the fireplace, and slept in our room; he did not at all, however, take care of the fire. Mr. Bodmer gave him a “double” pipe, which entertained him greatly.