15 May: In the morning, business. Wine and baggage are brought on board. At ten o’clock, departure with the steamship De Zeeuw to Hellevoetsuis. Many passengers are going to England; they are being conveyed to the large steamship Batavier. We sail past Dordrecht; in the afternoon at four o’clock, we reach Den Hester, a village where many ships are quarantined for two weeks. Here the large Dutch steamship Batavier (Capt. Dunlop) was moored, alongside which we tied up to deliver passengers and baggage. We were not permitted to accompany them, because we would have been quarantined. By chance our baggage was put on board the steamship. We recovered it from the Batavier again, thanks to the efforts of the English mate, who sought it out and returned it.

Since the steamship De Zeeuw was taking new passengers on board and turning around to head directly back to Rotterdam, we climbed into a boat, had ourselves towed for a stretch, and then rowed toward a gunboat of the Dutch navy, located close to us, to ask the commanding officer if he would take us along, since he was sailing to Helvoet. A candidate-first-class (his name was Hoffmann, his rank in the army second lieutenant) took us on board. Here we spent several very enjoyable hours. The amiable, friendly young man had a very small cabin with a [Page 1:3] bed and a table, where he treated us with a bottle of Bordeaux. Conversation in French, Dutch, and English. 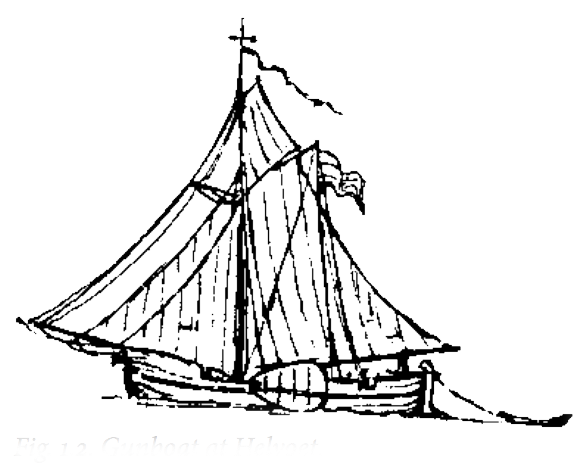 Here off Helvoet, seven gunboats, most with two, some with three cannon are anchored. This one has only two eight-pounders and a crew of fourteen men. Both cannon are located forward, beside the bowsprit, which is short and stout. Cannon bulky and made of iron because the brass ones detonate too violently between decks.

Their muzzles are painted red, though not in every case. Muzzle firmly stopped with a plug. A rope behind the breech bolt moves it forward again after each firing. 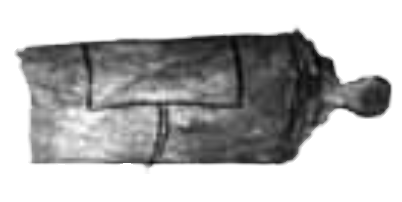 Touchhole covered with a rectangular piece of sheet metal. They can fire only in good weather. If the ocean washes over the boat, the pieces are covered with tarred canvas. 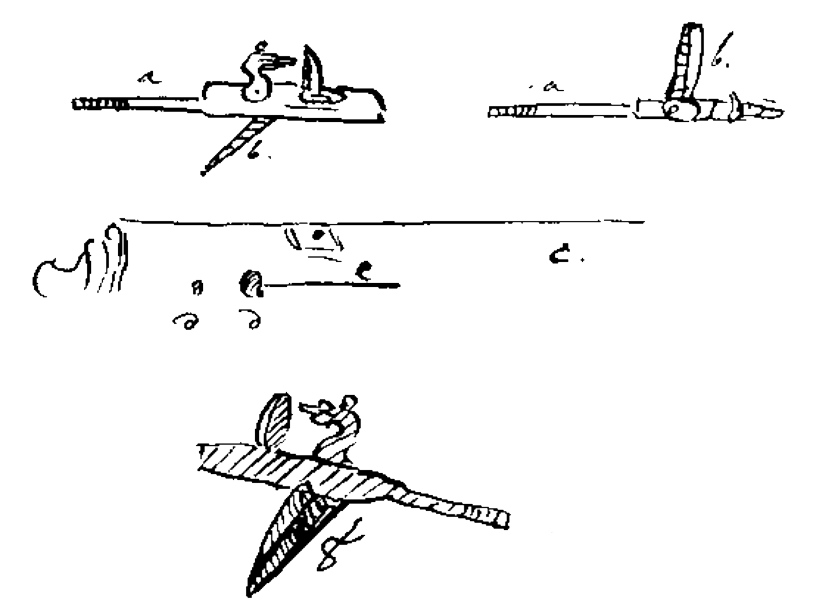 Ramrods and loading shovels hang beside them on the foredeck. When the cannon are to be used, the flintlock is attached.

These gunboats are excellent for pursuing other ships. Our young naval officer had taken his officer’s examination in Rotterdam. Four to six men are needed to operate each piece.

In the stern of the ship, the cannonballs are kept in a locker, one hundred for each piece. We sailed on the gunboat down toward Helvoet, drank a toast to Van Speyk and the Dutch navy, and anchored at Helvoet. Many ships lie at anchor here, including the Indiaman De Jonge Adriana, which belongs to Mr. Hoboken. It had just run aground but was now afloat. Several American and English ships. We went ashore with the officer and took lodging in the English Packet Hotel near Hobson.

The canal through which the merchant ships pass from Rotterdam to Helvoet empties directly in front of the little city; the ships are pulled there by horses. Helvoet itself was built along both sides of a broad canal for warships. Now just the frigate Amstel with forty-six cannon lay at anchor inside it; the frigate serves only as a stores and instructional ship. The Goeree flows past the front of the town; on the other side, one sees the bank of Goeree Island in the distance. Many ships lie off the coast of the town; directly in front of the canal [are] the Indiaman, De Jonge Adriana, several gunboats, three-masters and brigs, as well as a Dutch war brig, which sounds taps and signals with a cannon shot in the evening. On the outlying section of the town there are fortifications provided with moats and palisades [Page 1:4]as well as picket barriers. At the other mainland end of the town there are a wharf and barracks where a battalion is stationed. In the evening a company drills. Soldiers, mostly children. Young seamen are climbing the tallest masts of the frigate Amstel. 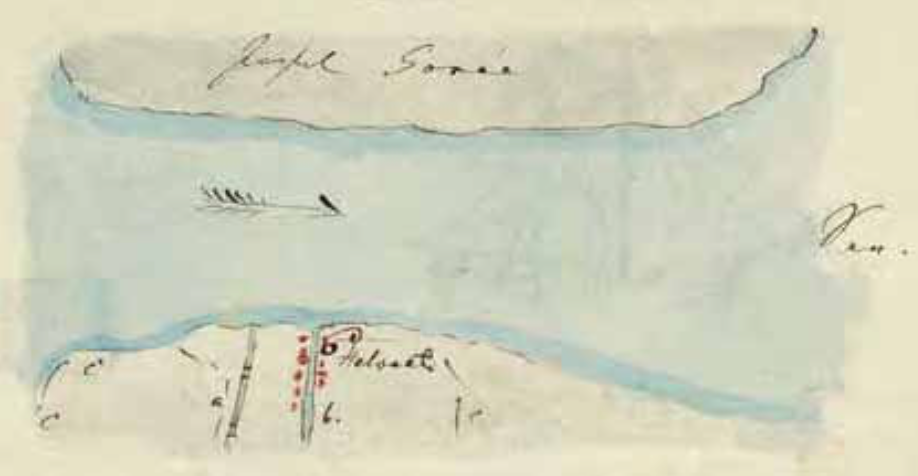