On ⟨[15]⟩ July we were invited to the country home of Mr. Schmidt, the Prussian consul, seven miles from New York. We left our hotel (American Hotel) after twelve o’clock. It was Sunday and the entire population of New York was about. The churches were just opening their doors, and very elegantly dressed people came streaming into the streets. Outside the city very elegant, as well as ordinary, unimpressive country houses were to be seen. Trees and blooming plants everywhere. Weeping willows, with their gracefully hanging branches, can be seen before every home, also catalpa trees covered with blossoms, Laurus sassafras, Cercis canadensis, various kinds of Juglans, as well as tall Italian poplars; in general, many European plants with flowers. Now and then the road goes over hills, some of them rocky, where the boulders lie on the surface. Datura stramonium was blooming along the way. On rough, desolate places Verbascum, which came from Europe. Grapevines (Vitis) entwine the thickets. Several magnificent stands of trees appear.

We drove into Mr. Schmidt’s garden. Here there were beautiful plants. Bignonia radicans and Passiflora caerulea were creeping on the fences. We entered a nice, cool house with a veranda in front and in back. In a cool room with several very pleasing paintings we met the lady of the house and several other guests. After we had had some refreshments, we took a walk through a small wood with zig-zag paths as far as the bank of the North River. On its bank we stood on boulders that were overgrown with Fucus. To the left one saw over toward Hoboken, to the right, the curve of the river toward Albany, where the Hudson has high, vertical, very picturesque cliffs. The forest consisted of oak, hickory, and other varieties of walnut, sassafras, tulip trees, Platanus, etc. Sassafras has a pretty trilobate leaf, a pungent flavor, and is a rampantly growing plant. Here black locusts (Robinia pseudoacacia) are called honey locust and are frequently used in underwater construction, because they are said to be very resistant to wetness. We returned through the flower garden, where we found nothing but European plants. Mr. Schmidt himself had transplanted the European forget-me-not (Myosotis arvensis) to this place, and it bloomed very beautifully. The varieties of Magnolia should be kept very moist, because in their homeland they grow chiefly in swamps.

At one thirty, during very great heat, we returned to the house, where we soon sat down to dine. Negroes and mulattoes waited on us.[Page 1:37] The dessert was the kind customary in warm countries: various kinds of fruit and ice, which were eaten with preserved ginger. Ice is always on the table here; all beverages are placed in it, and a clear piece of ice even rests on the butter. It is only natural that people should catch cold in this hot country in summertime, since in general they continued to eat ice during the occurrence of cholera. Negroes are seen walking on the streets with large pieces of ice in their mouths. A doctor who dined with us set the example by eating ice. Even though I still constantly suffered abdominal pains, he nevertheless had me eat ice with ginger.

After our meal we took a walk to the nearby lunatic asylum, of which the aforementioned doctor is the administrator. It is situated in a kind of park on a gentle little rise and is enclosed on all sides by thickets, country homes, and gardens. The main building is impressive, made of brick, like all other buildings here, has several floors, and is maintained neatly and elegantly throughout, for distinguished patients obtain nice, well-furnished rooms. The Mexican minister was now here in a pitiful condition. The doctor, whom we visited first, lives on the lower floor. 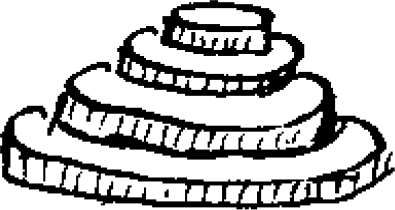 From there we went up to the extensive attic of the building and then to the roof, from which, on a kind of steps, one has a truly incomparable prospect of the entire island of New York.

We saw the North and East rivers, the broad sweep of the former, and its tall bank in the direction of Albany. To the north mostly dark forests with isolated country estates. In all directions towns, luxuriantly green thickets, and cities, villages, elegant homes, and villas. Below us the hospital building s, the enclosed yards where the patients walk about and sit beneath shelters, and a park where there are American deer (Cervus virginianus). We walked through the tidy cells of the patients and also viewed the building in which the worst of these patients are kept. A man with a long beard and a thick cudgel entertained us with stories about Ohio steamboats; we had to shake hands with him. Others were securely confined or sat in introverted melancholy.

The deer park was more cheerful. Here there were very nice, tame animals. One doe had three fawns at the same time. Most of them had extremely long red tails with long white hairs underneath and on their sides. Very few of them had blackish hairs on the upper part of their tails. The bridge of the nose is gray, the area around the eye bare, underparts white, the body like that of our roe deer. For the most part, the bucks had the fifth antlers. Several does were very tame. One doe, the mother of the three fawns, was gray in color. She is said to be from South America but probably came from southern North America. From a botanical point of view, too, we found diversion here for, on one side of the house, very beautiful plants were arranged, including a few Indian palms, which unfortunately were just acaulis.

We returned to the city late, and on the way I acquired some additional interesting information about this region. In addition to the lunatic asylum, the institutions for the public welfare in this city include an institute for the deaf and dumb and a prison for crafty old criminals as well as one for young offenders, who are separated in order, perhaps, to reform them, just as generally there are very many good and useful institutions in this country.

In the dark thickets and woods that we hurried past, we saw countless sparks, nonetheless nothing other than our Lampyris.[Page 1:38] And in the puddles, frogs, very different from European ones, could be heard, but there were no bullfrogs among them.