19 August: Early in the morning, pleasant weather, not very warm, sunshine. M27At 7:30, 70°F [21.1°C]. Mr. Mitchell had the hides brought into the courtyard this morning for packing. According to weight, 100 pounds of beaver pelts make a pack. They have a machine in which the pelts are folded and placed on top of each other. Two heavy pieces of wood lie on top of them, upon which a man on each side steps and presses the 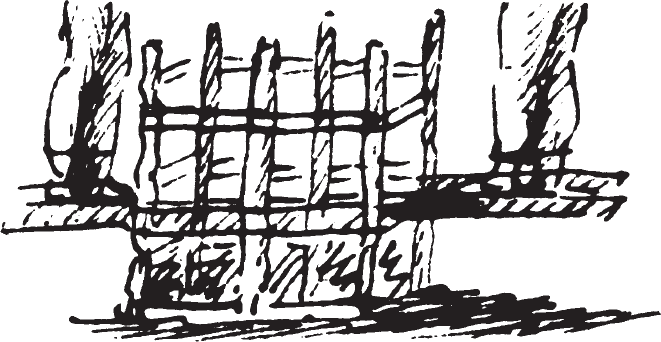 hides together. The buffalo hides are pressed with a large clamping beam, on which six to eight men pull, and thus press the bale. We bought two large bearskins, two young bears, six wolf pelts, one wolverine, a species of marmot, and a lynx, of which Mr. Bodmer received a large bear, two wolves, and a lynx.

Dreidoppel had been out and had shot Picus erythrocephalus; Muscicapa tyrannus; Muscicapa crinita, with [its] gray throat and pale yellow belly; and several Falco sparverius. The latter falcon and the two species of Muscicapa mentioned are the most common birds, very numerous all along the Missouri but especially on its upper section. They are seen perched on all the old trees. About twenty-five Piegan [tipis] arrived last evening, and they set up their camp among the trees below the fort. The big band is expected.

I had had the model of an Indian leather [tipi] made for me; two Piegan women made it very quickly and completely accurately on a small scale. It consists of fifteen poles. They were taken from long willow rods: at the bottom as thick as a small finger, the shorter ones somewhat more slender; all of them pointed at the bottom. The longest one was 5 feet 8 1/2 inches long (Paris measure). [There are] four that are first tied as a cross and set up together as the foundation for the hut. Two are always placed together and tied together high up. Two of them are longer than the two others. The two longest ones measure 5 feet 4 inches; the two shorter ones, 4 feet 7 inches. In addition, [there are] two poles with a short crosspiece tied on top, each one 4 feet 4 1/2 inches long; on top, about 1 1/2 or 2 inches from the

At twelve o’ clock, 74 1/2°F [23.6°C]. I obtained from an Indian a strange, cakelike concretion (it seemed [to be] matted together from hairs, plant bristles, and fibers) that he used to support his pipe while smoking. Bird, who visited us today, told me, as have several Piegans, that one finds balls of this kind, shaped by water, in a lake near the right bank of the Missouri in the hills there. The water is said to shape these balls. They look exactly like several large Aegagropilae, and I would surely have taken them for these. Through further inquiry I finally learned that the Indians themselves compress these cakes by pressing together the refuse of the water plants the lake washes ashore.

In the afternoon Bear Chief’ s brother appeared, very poorly dressed, with a pistol in his belt, and searched through all the rooms in the fort. He had heard that two Blood Indians had arrived here; he wanted to shoot one of them. In fact, two unknown Indians had asked to be ferried across. They were thought to be Blood Indians, but they were Blackfoot. He turned to Mr. Mitchell, who stood with me in front of the fort, and demanded to be ferried across without delay but was told that if he wanted to shoot someone, this would not be done. He hurriedly mounted his horse and raced off to cross the river farther upstream. His features revealed intense emotional agitation and passion. Several [tipis] of the Piegans arrived and camped in the old timber below the fort. Evening pleasant. The old Kootenai and his son were drawn today. 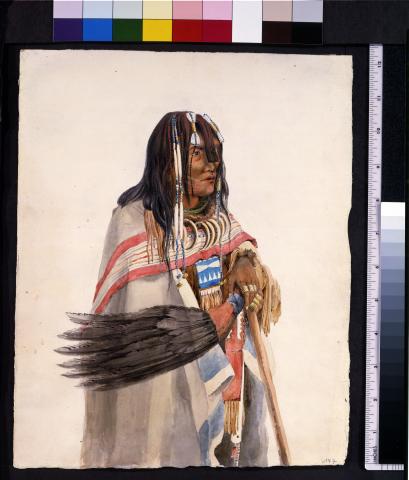