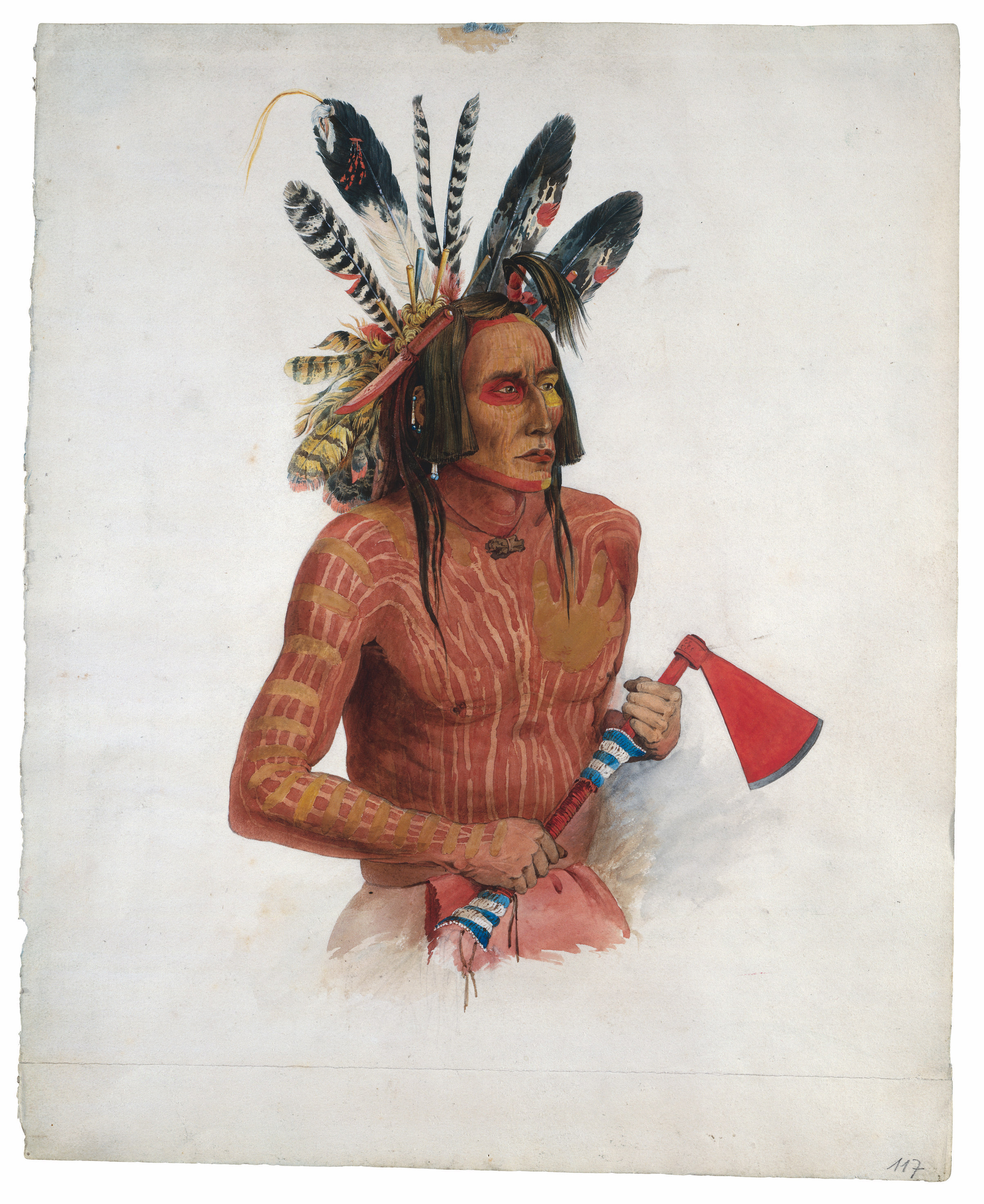 Maximilian said that Mató-Tópe had killed more than five chiefs in intertribal combat and that no other Mandan could enumerate as long a list of heroic accomplishments. In this watercolor, Mató-Tópe wears in his hair a wooden knife, a carved and painted facsimile of a weapon that he had wrested from a Cheyenne in a fierce struggle. The six colored wooden sticks, each tipped with a brass nail, represent gunshot wounds he had received. The split turkey feather stands for an arrow injury; the other upright feathers are probably also coup symbols. The cluster of painted owl plumage at the back of his head marks Mató-Tópe as a member of the Dog Society. Barred stripes on his right arm indicate more warlike deeds, and the yellow hand on his chest is a sign that he has captured prisoners. See Plates 317 and 341 for additional images of this man and his triumphs in battle. Maximilian admired Mató-Tópe, not only for his bravery and his knowledge of the customs of the Mandans and the neighboring Arikaras, but also for his strength of character and generosity. Three years later this proud warrior died, a victim of the 1837 smallpox scourge that decimated the village peoples of the upper Missouri. Several artifacts once belonging to Mató-Tópe were collected by Maximilian and are preserved today in the Linden-Museum, Stuttgart.