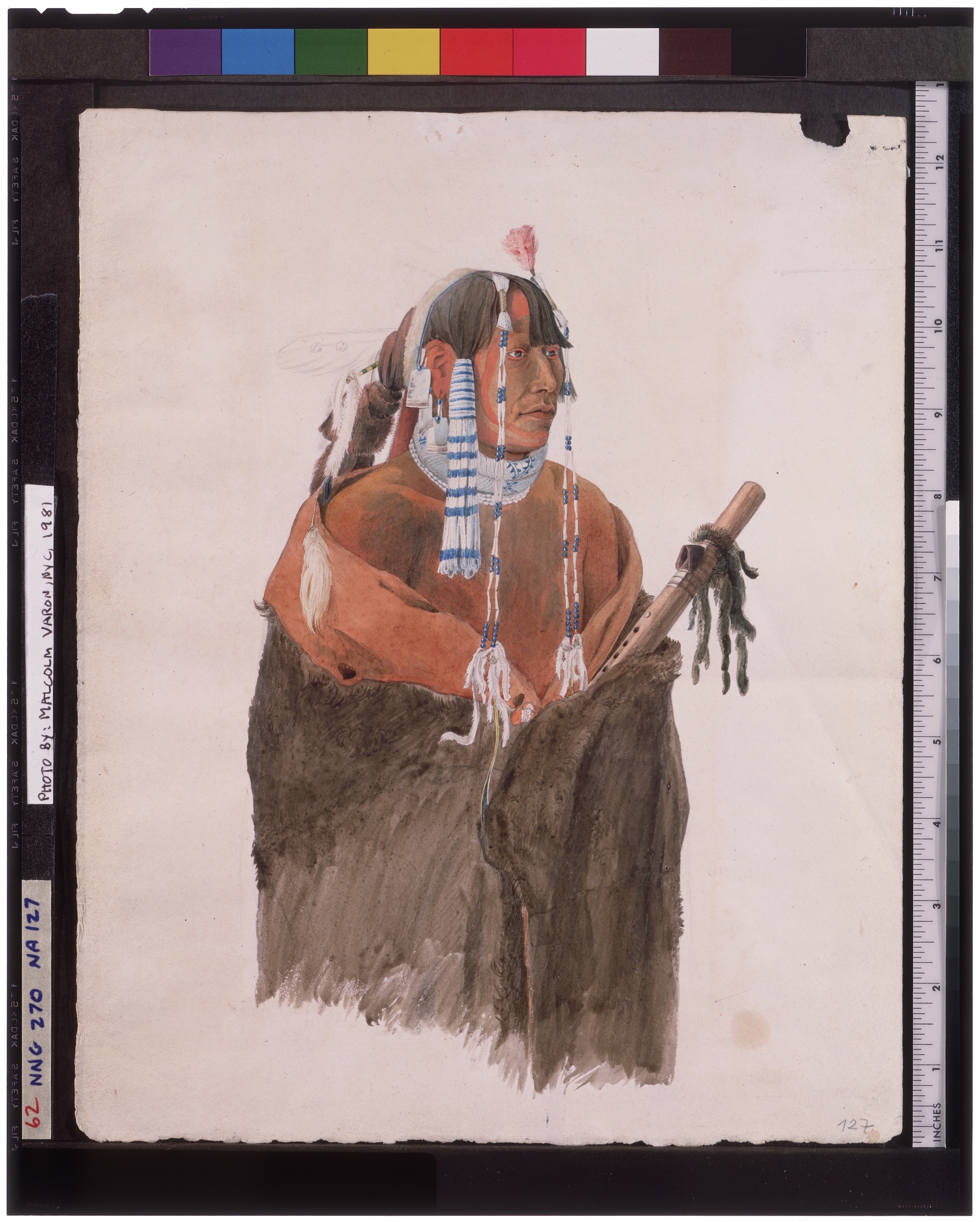 A portrait of Mandeh-Pahchu ("Eagle's Beak") was begun on March 11, 1834, at Fort Clark. Mandeh Pahchu returned the following day intending that the work continue, but was brushed aside in favor of the "far more beautifully dressed" Hidatsa warrior, Pehriska-Ruhpa (see Plates 329 and 330). Mandeh-Pahchu's drawing was evidently completed later that month. Mandeh-Pahchu is lavishly adorned in this picture. He wears beaded hair-bows with long strings of alternating blue beads and dentalium shells tipped with what appear to be strips of ermine fur; large, square earrings, probably of abalone shell; an ermine tail, fur bands and a heavy beaded dangle in his hair; and two types of bead necklaces. One of the necklaces is an unusual style of choker, seemingly made of soft rolls of buckskin covered with decorative beadwork. The young man carries a wooden flute decorated with otter fur and is known to have traded this or a similar instrument to Maximilian for a European whistle. His interest in music extended to Bodmer's music box, which he believed to be inhabited by a small white man who made the tinkling sounds. This portrait was reproduced as Vignette XXIV in the aquatint atlas. Mandeh-Pahchu's brother, M’ÛÎhchsi-Kar’ÛÎ©hde, was also painted by Bodmer (see Plate 309).