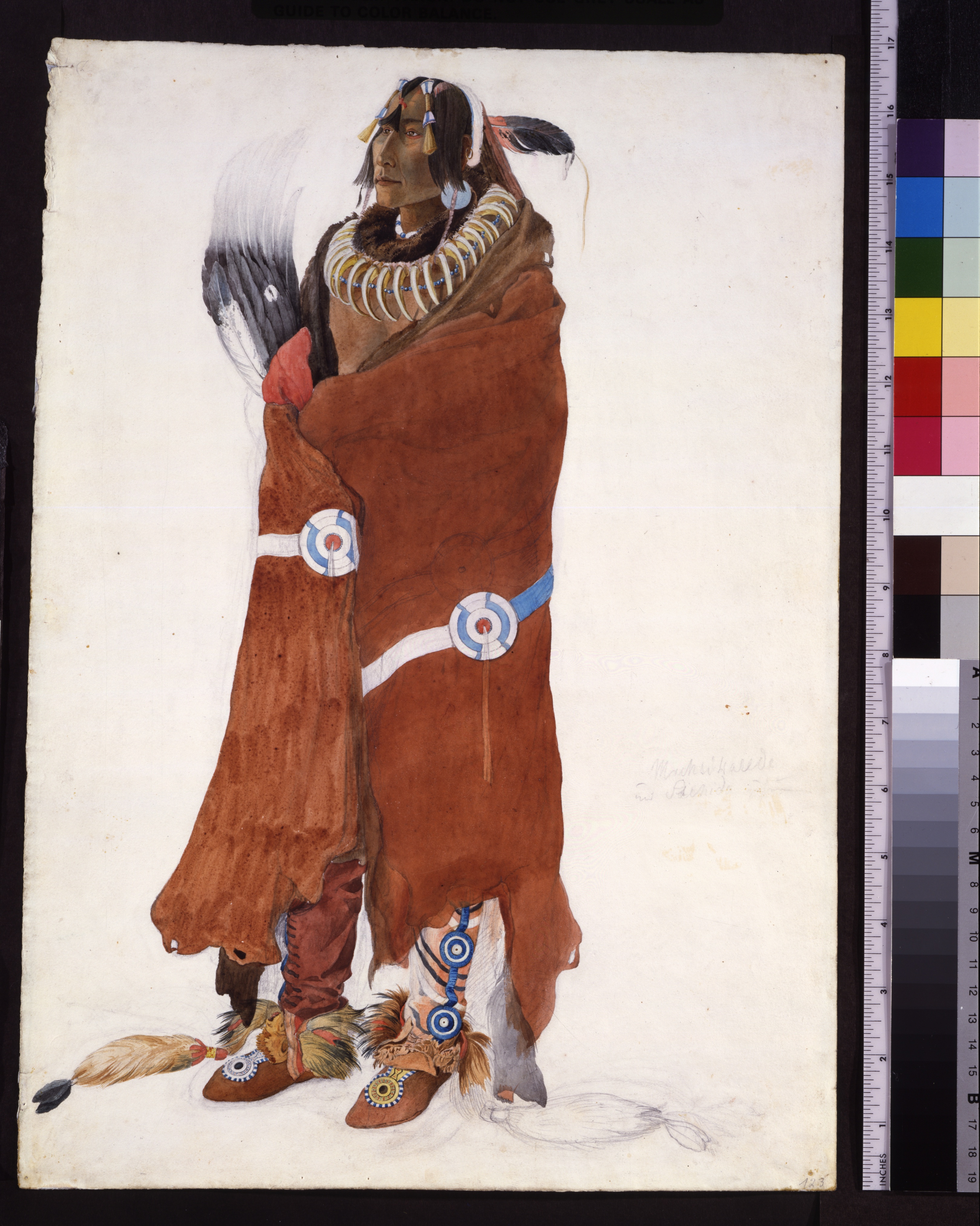 At a height of just over six feet, Mˆhchsi-Kar_hde ( "Flying War Eagle") was described by Maximilian as the tallest Mandan. He was a frequent visitor at Fort Clark during the winter of 1833-34, often bringing friends and asking to see Bodmer's pictures. Mˆhchsi-Kar_hde was a member of a distinguished band of warriors that regulated all the important affairs of the tribe. The wolf tails on his heels and the painted eagle feather in his hair denote battle accomplishments. The general richness of his dress-the painted robe and leggings, the eagle wing fan, the large and undoubtedly expensive bear claw necklace-conveys an impressive image of a proud and successful man. Máhchsi-Karéhde's brother Mandeh-Pahchu was also painted by Bodmer (see the next plate). However, in the aquatint atlas, Máhchsi-Karéhde was pictured with another young Mandan, Síh-Chidä (see Plate 316). The German inscription on the portrait shown here, "Máhchsi-Karéhde and Síh-Chidä together," may be an instruction to the engravers of Tableau 20.