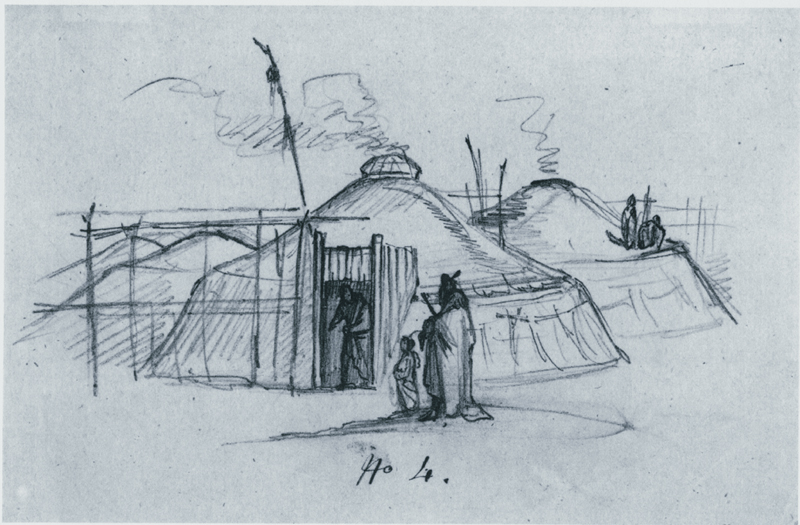 The earth lodges of the Mandans and Hidatsas were circular in appearance and averaged thirty feet or more in diameter. Maximilian briefly described their construction, some details of which can be discerned by comparing this sketch and the interior scene depicted in the next plate. Four massive central pillars and an outer, polygonal framework of posts and beams supported the rafters and wall poles. Over this was laid first a matting of willow withes and grass, then a thick, insulating layer of earth. A square hole was left in the roof to admit light and to vent the smoke from the central firepit. A removable, domelike screen of willow deflected wind and rain away from the vent. Such a screen is evident on the lodge in the foreground. The entryway to the lodge was protected from the weather by a rectangular, covered passageway. Scaffolds near each home were used to dry food for storage. A woodcut based on this sketch illustrated Travels in the Interior of North America. In that version Bodmer showed strips of meat or vegetable flesh draped on the scaffold to dry.