The Missouri in the Evening 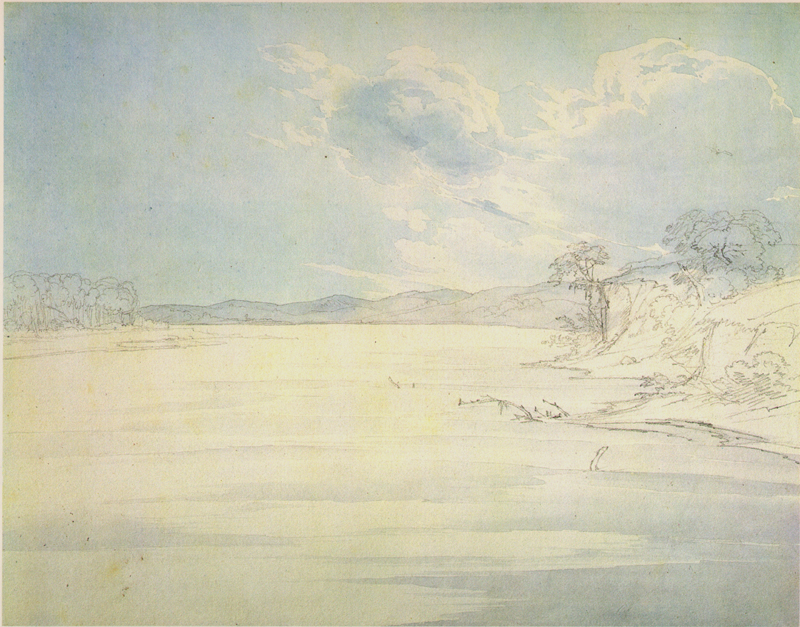 The Yellow Stone spent the night of April 28 near Good Sun Island above the mouth of the Nemaha. Then, slowed by low water and another grounding, it made no further progress upstream until May 2. After supper that evening a canoe came alongside the steamer. Aboard was Lucien Fontenelle, described by Maximilian as "in the service of the Fur Company. He lives on the post where Major Dougherty owns a house when he travels among the nations of the Otos, Omahas, and Pawnees as Indian agent." The Yellow Stone tied up for the night a short distance below the mouth of the Platte. That evening, Bodmer made this sketch.

Above Mouth of the Nemaha River