The Ohio near Smithland 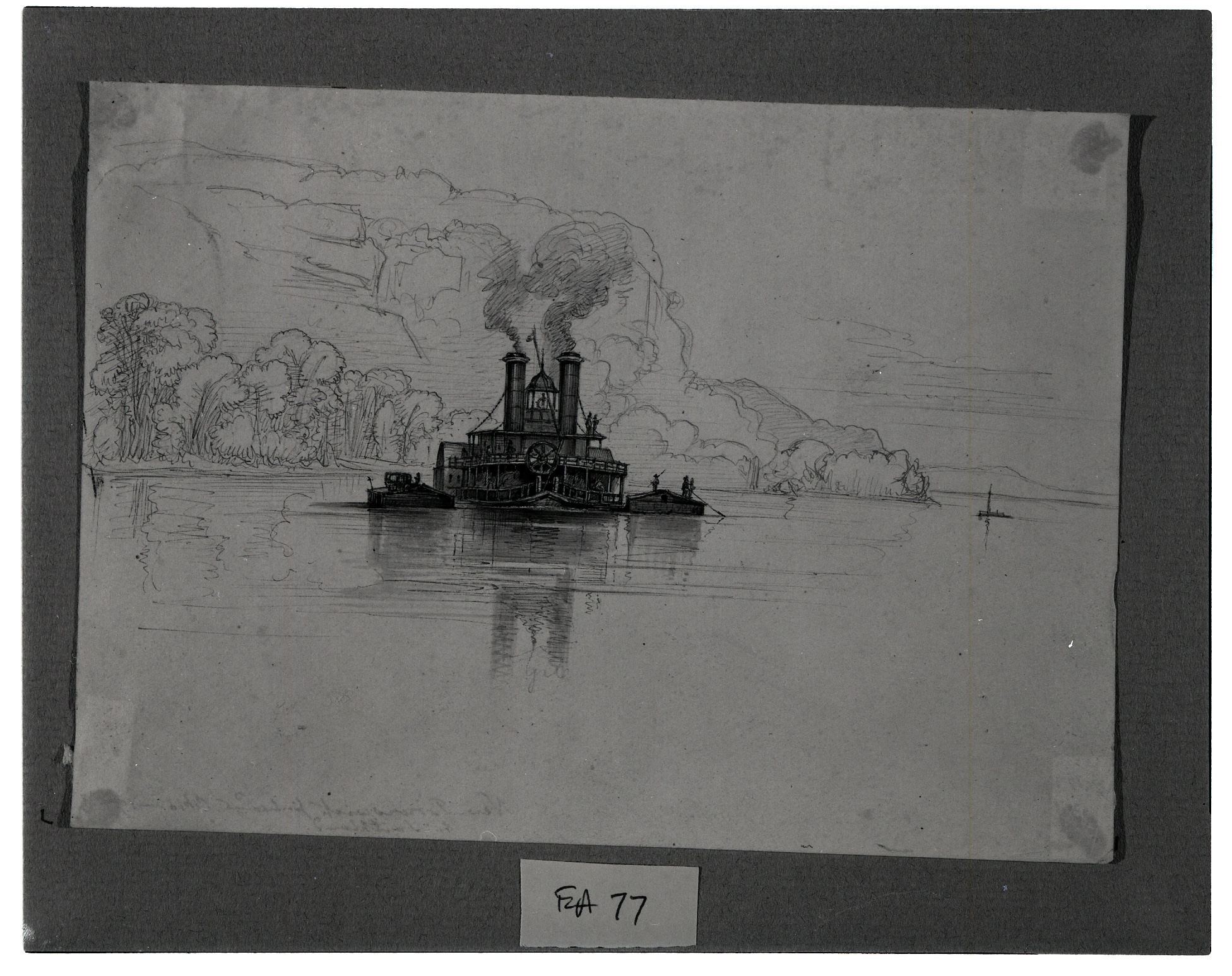 Approximately twenty-five miles below Cave-In-Rock lay Golconda Island, and beyond it the settlement of Smithland at the mouth of the Cumberland River. Passing by in March, 1833, Maximilian described the Cumberland as smaller than the Wabash and Smithland itself as similar to the small Brazilian villages he had seen on his travels in South America more than ten years before. Bodmer's sketch of an Ohio steamer, identified by its inscription as having been observed near Smithland, appears to have served as the model for the riverboat illustrated in Vignette VII of the aquatint series. The dim outline of this or a similar craft was penciled on the sketch reproduced as Plate 83.