Cave-In-Rock on the Ohio 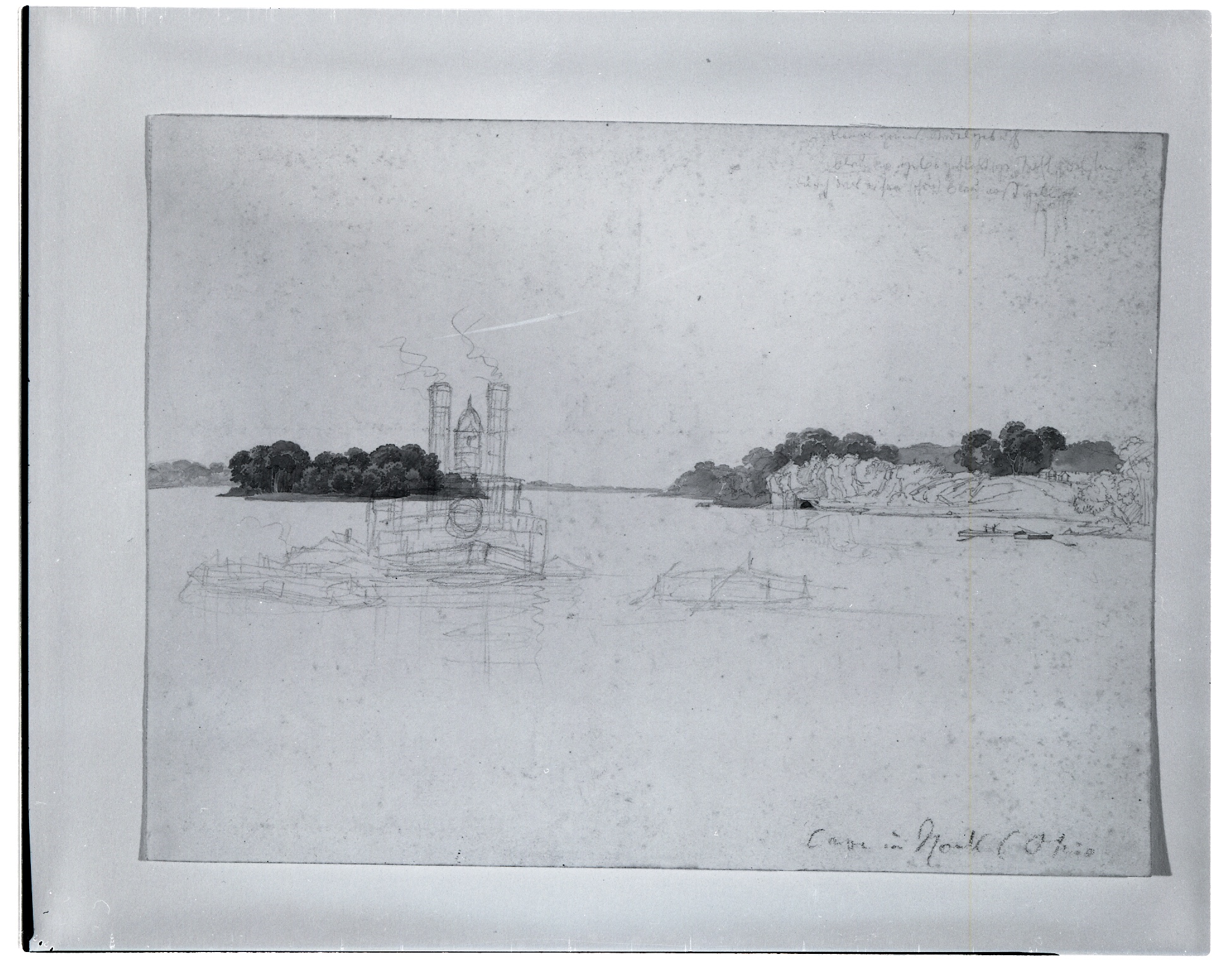 A few miles below Mount Vernon stood the village of Shawnee Town. Maximilian described it as "a dead, sad place" when he traveled this section of the Ohio en route to St. Louis in March, 1833 . About twenty-five miles beyond lay an unusual geological feature known as Cave-In-Rock on the Illinois side of the river near Cave-In-Rock Island, today within a state park. In his journal entry for March 18, Maximilian mentioned Bodmer's interest in this landmark and noted the multicolored strata of the rocks in this vicinity as well as "limestone petrifications and impressions in great quantities." Bodmer's sketch of the Ohio at this place was reproduced as Vignette VII in the series of aquatints published in Europe. Various types of river craft featured in the published version of this scene are dimly indicated here.

pencil and wash on paper