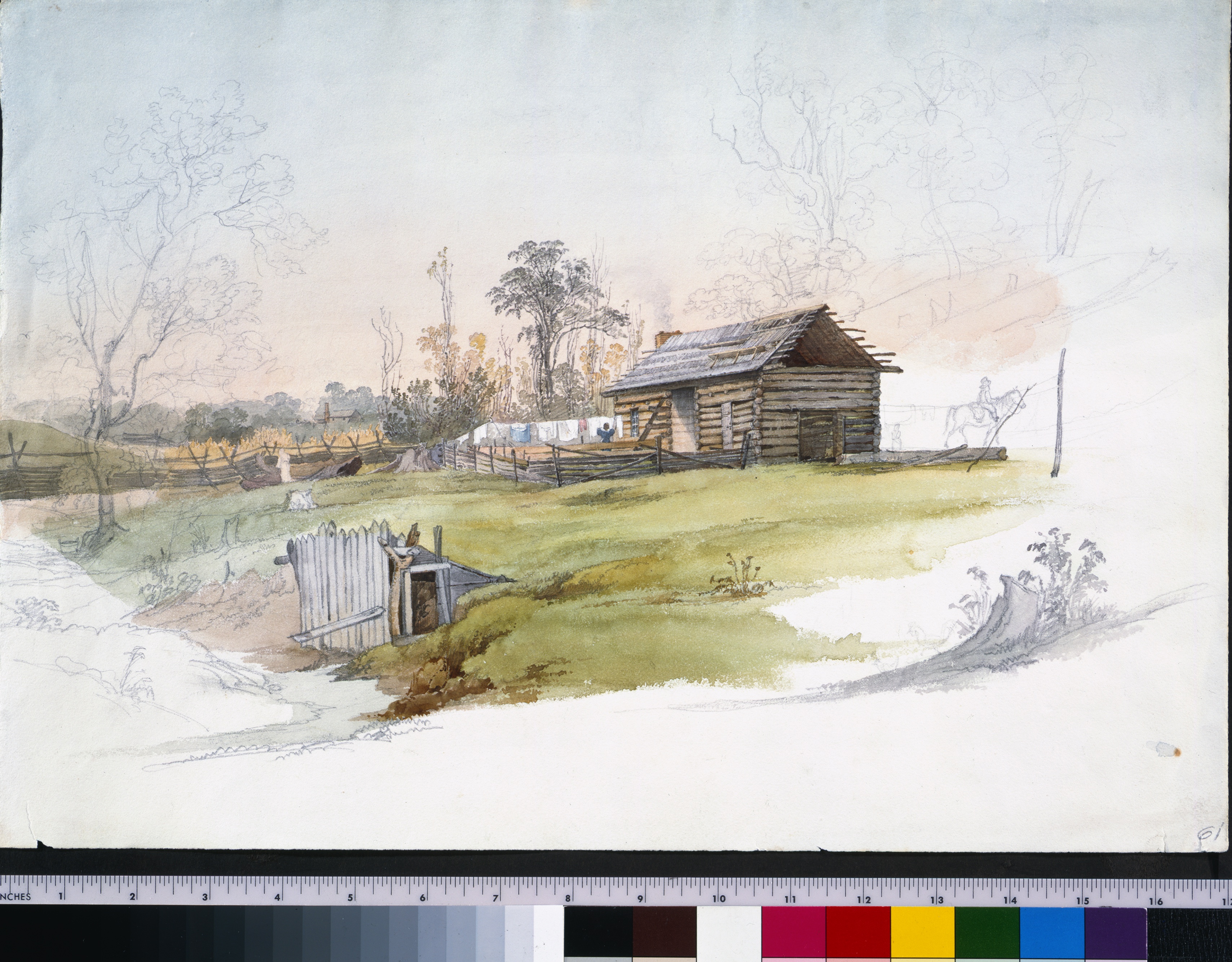 During a visit to the prairie settlements west of New Harmony in January 1833, Maximilian saw at one cabin a woman whose children, obviously neglected, were outside with the dogs gnawing on the bones of a wild turkey. "In the dark hut," he commented in his journal, "we could see through the door the bed where it was standing.... In front of the house, blocks of Catalpa wood were lying." Bodmer's sketch of such a homestead on the Indiana border, made during his trip into this same area in November 1832 does not include such details.